Petty Cash problems are not so "petty"

Dotnova.AI is a tech startup founded in the year 2021 by a set of people passionate about solving problems. Aligned to it’s vision of building technology for peace and harmony DotnovaAI focuses on building products that help to manage finances,asssets of groups like families, teams, partners or a set of people connected through a common bond. Research and Experience has highlighted that managing money within a group is the most uncomfortable yet crucial task for its smooth functioning. Hence at DotnovaAI We are working hard to provide simple, affordable, and intuitive solutions to solve all “Sharing Matters” which includes payments, sharing money, managing budgets, control spending and sharing asset details.

Using deep technology like AI, ML and Digital banking platforms we intend to build systems and solutions that help you make climate friendly sustainable choices and improve your relationship with the environment. Dotnova.AI is the FIRST one to devise a mechanism to caclulate carbon footprint at the group level, suggest means to reduce it and reward it users if they accept those suggestions 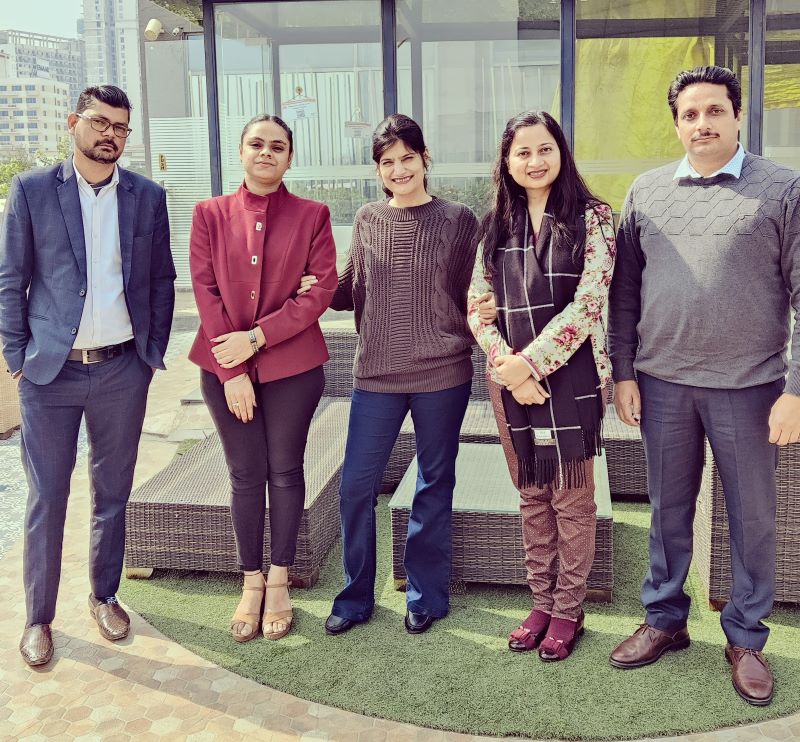 The fab stuff we are building

We are building "haeywa", a petty cash or imprest management platform that enables on boarded businesses and their teams to do digital payments over UPI for all petty cash expenses from a single allocated pool of funds. Haeywa is the first of its kind in India to enable petty cash expenses on UPI and multicast payments. Haeywa provides one touch expense management by automatic reconciliation and sharing of expense reports along with bills. Haeywa provides simple and fast role- based access to all its services. It helps businesses to monitor their carbon footprint based on the spends made and the project resource information uploaded in the system. It also helps in employee engagement with features like group chat, team games and rewards that are enabled from the platform itself.

We believe that web logging is key to exchanging crucial information, Do go through our interesting blogs as we unfurl the virtual world's tips and trends 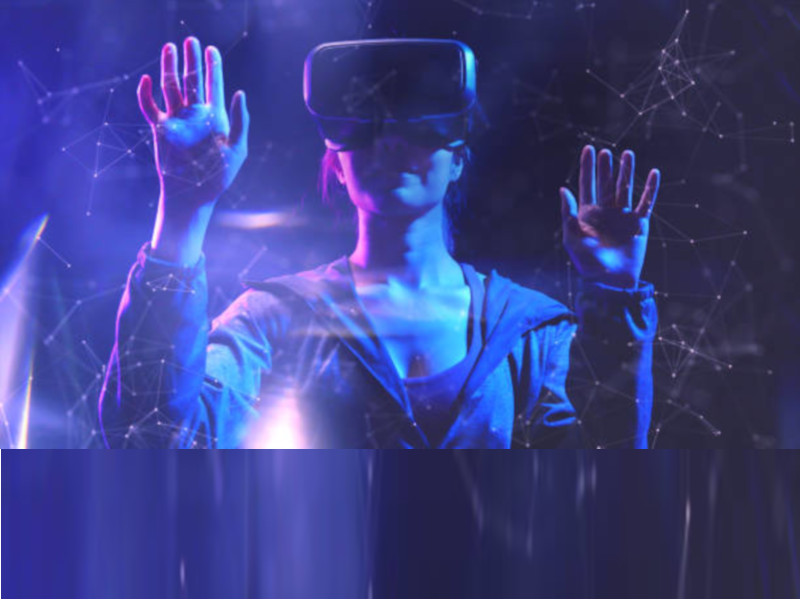 Is Black Mirror Imagination becoming a Reality in the Metaverse?

Facebook launched its new brand name meta to align its vision on how building a metaverse is going to change the way we exist in the world. All things human will be digitized and with the occult glasses we will be able to travel to a new world created by ourselves in a matter of a few clicks and touches. Continue reading...

Is Black Mirror Imagination becoming a Reality in the Metaverse?

Facebook launched its new brand name meta to align its vision on how building a metaverse is going to change the way we exist in the world. All things human will be digitized and with the occult glasses we will be able to travel to a new world created by ourselves in a matter of a few clicks and touches.

The high technology universe now termed and known as “Metverse” is expected to change every common human’s imagination of what she could be or would be like into a REAL yet virtual world. Post pandemic the way the human mind has evolved it seems metaverse has travelled its distance from “Good to have this tech” to the “Need to have this tech” and it seems it will become an urgent requirement sooner than later.

The questions that arise when these technologies are being showcased or displayed in their early stages are generally centered around the fact that how these technologies will be consumed by the end user , how easy or difficult it will be for users to live a multi dimensional life and how the economies around this virtual world. What is breathtaking is the fact that the economies will not have well defined boundaries , they will coexist and they will exist in infinite numbers. Yet, we will be gauge , control, manage and manifest its effects on human’s and its evolution

Human imagination of the metaverse has been displayed by the media in the form of sci-fi content which is gaining a lot of traction these days . A popular example of such content is “Black Mirror” a Netflix sci-fi anthology web series that explores a twisted, high-tech near-future where humanity's greatest innovations and darkest instincts collide. When you view this series you are overwhelmed with the imagination of the creators , yet there is a disbelief that it may not happen. Keep the faith , as you thought the same thing about video calls in the very recent past say about 20 years back and look at the scale of adoption it has seen in the past two years. So the big question now is

“Is Black Mirror becoming a Reality in the Metaverse” ? 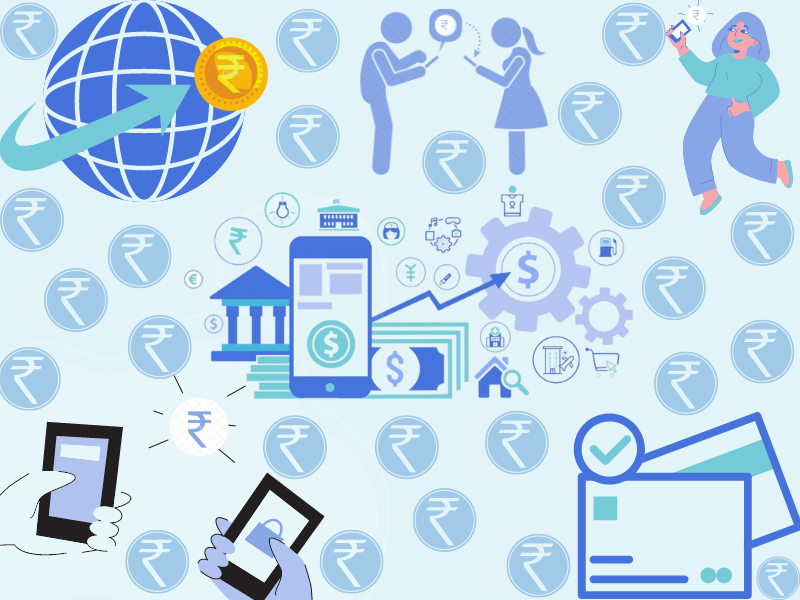 The digitization of financial services has spurred the development of products and services that were unimaginable.There has been fundamental change or rather evolution in the way the consumers and businesses are conducting financial transactions right from spending money to borrowing money. Continue reading...

The digitization of financial services has spurred the development of products and services that were unimaginable.There has been fundamental change or rather evolution in the way the consumers and businesses are conducting financial transactions right from spending money to borrowing money.

As FinTech (Financial Technologies) innovations gain traction, businesses have started to use them to construct new business models, offering a wide range of customer-friendly products and services. Fans of old-school, bricks-and-mortar banking are unable to co-op up with these fast pace developments and are now looking towards fintech as a service model where all the digitization of their financial transactions is handled by off the shelf platforms.This trend toward financial digital disruption has not only changed the way we do business, but have also changed the way we use money in our day to day lives. Experts in the financial services area believe that the industry is ready and is undergoing its most significant disruption since the birth of the credit card.

The change today is heavily tilted towards digitization of real money in the form of currency popularly being termed as “Crypto”. The world is extremely receptive towards the benefits it is bringing to table which includes globalization of currency and trade but the volatility in an unregulated market is making it extremely difficult for it to sustain it as a well respected payment instrument.

There was significant focus led by India in the world economic forum this year ( 2022) at Davos, Switzerland where we pushed for the world wide regularization and standardisation of the digital money

These trends will regularize how finances circulate within the economy. At a larger scale most of the wealth will be consolidated and exist online on geographically dislocated secure servers and at a much smaller scale it will exist on our smartphone where groups and families will share this money for their day to day daily needs. 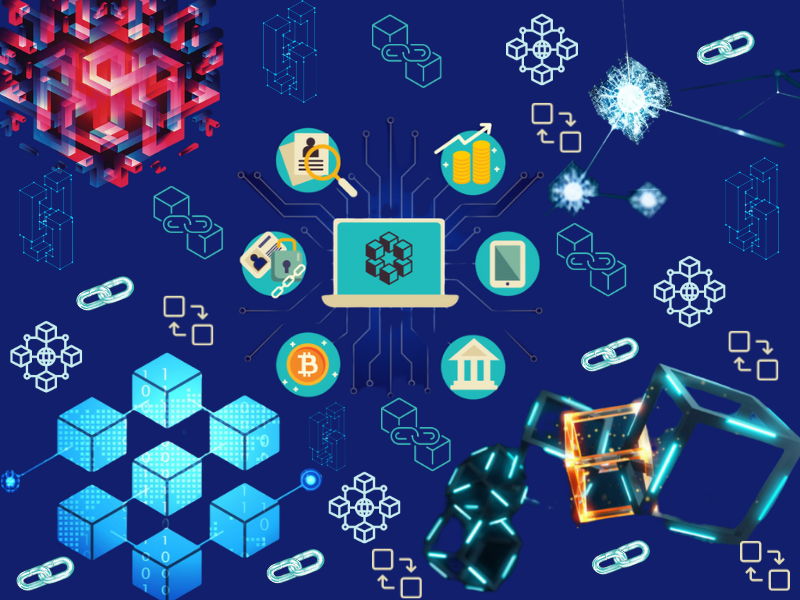 Blockchain : A chain that blocks your mind or data or both ?

Blockchain technology today is gaining a lot of popularity today for its capability to ensure security of digital assets and transactions. The key question that arises for the usage of this technology is that whether it actual ensures security or is it just another buzzword that has gained momentum in the FinTech world Continue reading...

Blockchain : A chain that blocks your mind or data or both?

Blockchain technology today is gaining a lot of popularity today for its capability to ensure security of digital assets and transactions. The key question that arises for the usage of this technology is that whether it actual ensures security or is it just another buzzword that has gained momentum in the FinTech world

The answer to this question is key to understanding why blockchain technology became a popular and preferred tool to safeguard digital assets and money. Simply put blockchain is a distributed database system. The way data is stored in this database system makes it extremely unique and difficult for any system to fudge. A blockchain collects information together in groups, known as blocks which are not stored at one common place. Each block or a group of blocks may be distributed across several servers and geographies. Each block has certain storage capacities and, when this block is complete,it is closed and linked to the previously filled block, forming a chain of data known as the blockchain. All new information that follows that freshly added block is compiled into a newly formed block that will then also be added to the chain once filled.

Sounds familiar , yes you are right a block chain is nothing but a fancy doubly linked list filled in a typical way and each node of this list is stored across a database that is distributed across multiple data centers spanning across geographies.

Is a blockchain so secure that you can never decode it. The answer is “No”.There is always a way to open a lock, the only reason why blockchain is considered safe is that decoding data is more expensive than the value of the asset you are trying to hack and hence there is no point hacking it. This strategy has made it extremely secure and safe for Crypto and other digital currencies that exist in the market today

After all, stealing a piece of fortune should not cost the fortune itself.

People behind the scene

Great things happen when people work together towards a common goal. 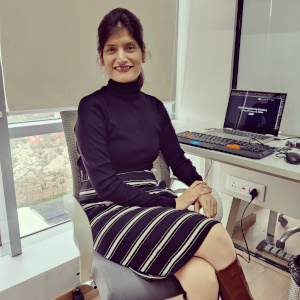 An IIMB gsk alumni passionate about source code and how it can impact lives. 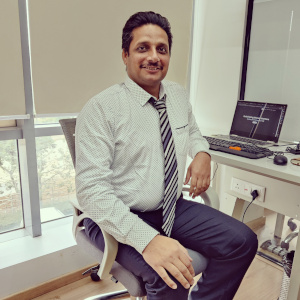 A farmer turned technologist who is not only an expert of generating gold from soil but also from bit and bytes. He has written, tested and helped people execute more than 2 Million Lines of Code. 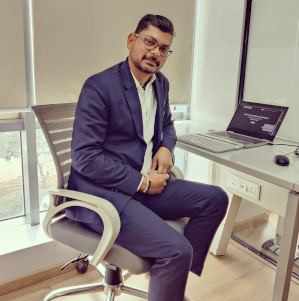 A true example of a Gen z post millennial champ, Dhirendra builds app software at the speed of a no-code plateform 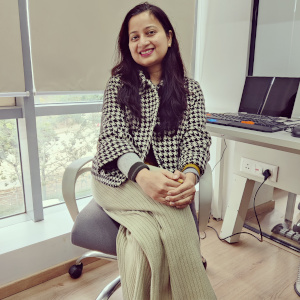 A Startup hiring champ Sabira forms the backbone of running our organization like a well oiled machinery. While the rest of the team is busy building products Sabira ensures they have all the things they need to make that happen.

Reaching us is super simple!